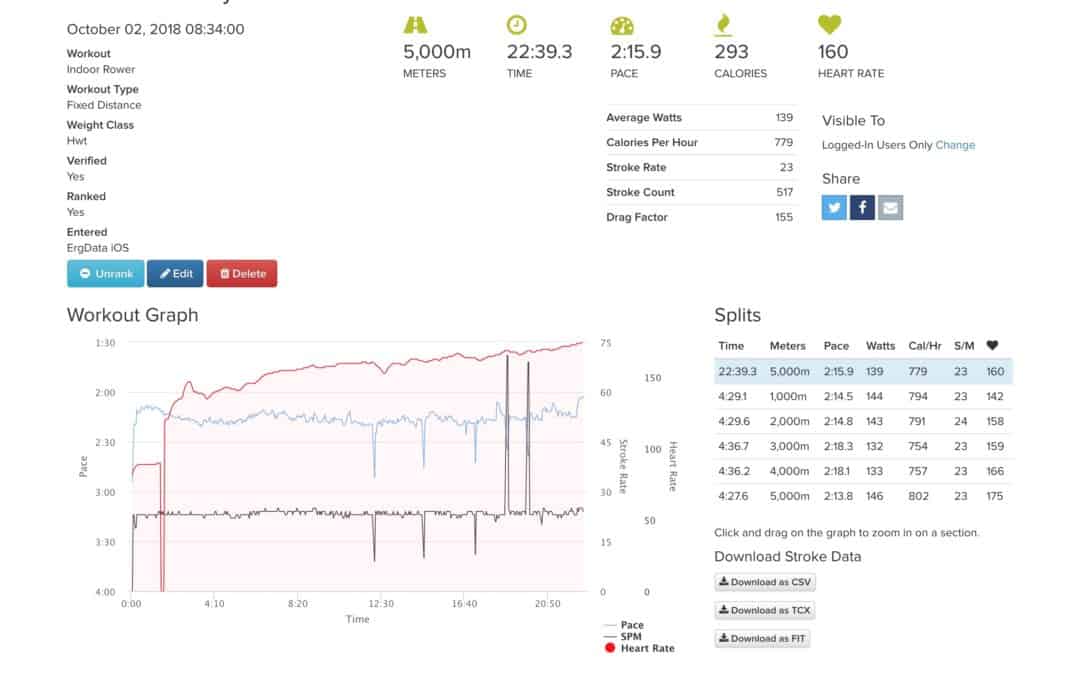 It is fascinating to me how one day a certain workout that is relatively easy to get through and then a week later the same workout (there were workouts in-between) is mentally grueling to get through even though physically they were not much different. That is how mine was today. I’ve been working out almost exclusively on my Concept 2 rowing ergometer lately and wow, today I struggled to finish my workout. Physically I was tired but I could do it relatively easy. But man, mentally I was fried going into the last 2000 meters. Normally it is the first 1-2k that get me.  I ended up improving my time for the whole distance (5000m) but there were a couple of times where I almost called it a day and ended the workout.

I’m glad I stuck with it. As I mentioned I improved my time significantly but I believe where I got the most out of this was the beginning steps of developing “grit” in my workout regimen. Developing that grit is important to me for creating that habit. Granted this was only part of the process but I truly believe it is an integral part of my development.